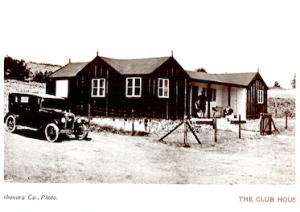 Golf has been played on the site of Ruthin Pwllglas Golf Club for well over a hundred years.

It is recorded that in March 1905 a meeting was held and a decision was taken to form a golf club. It was agreed to appoint a committee to move matters forward.

Preparation of the course took place during the next two months and by the end of June 1905 some holes were playable. By that time the club had 60 members.

The course known then as “the Coed Marchon Allotment” was purchased by the members of the Pwllglas Eyarth Golf Club from the local owners during 1932.

The present Clubhouse was presented by Mr Edward Meyerstein, J.P., of Sevenoaks, Kent in 1935 although there is evidence to suggest that the Clubhouse was not constructed until a year or two later.

During the second world war the new Clubhouse was requisitioned for Home Guard use. It was used as the Officers’ Mess and the members used their old Clubhouse nearby.

Following the difficult years of the second world war, the Club finances recovered. Since then a great deal of improvement to the Clubhouse and the course has taken place. 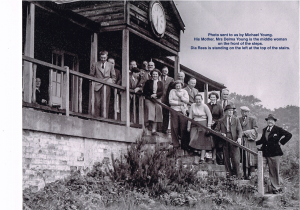 On the course a new 7th tee was constructed in the early 1950’s and improvements continue to this day. More tees and a new hole have been constructed and an irrigation system was installed in 1997.

Over the years much of the work has been done by the members. This is the ethos of the Club.

Ruthin Pwllglas Golf Club was one of the five clubs present at the inaugural formation of the Denbighshire Golfing Union in 1952 and continues to be very much involved in organising and participating in county events and fixtures.

The Ladies of Ruthin Pwllglas were one of the founder clubs when the Laird Shield Association was formed and continue to compete in their matches to this day. The Ladies also play scratch matches in the North Wales Challenge Shield Association. Many Ladies are members of Denbighshire and Flintshire Ladies County Golf Association, Welsh Northern Counties and WNC Veterans.

The Clwyd and Border Alliance meet at Ruthin Pwllglas every August and The Clwyd & Borders Federation of Lady Golfers hold their Autumn Meeting at the Club each September. 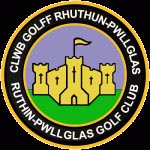 Supplied by Golfweather.com
○ Get a 7-day detailed forecast...